The China-Africa Millennials Project is honored to introduce our new Board of Advisors. As we continue to develop CAMP, our curators and contributing writers will have the opportunity to learn from, and work alongside this group of international experts in China-Africa relations, economics, politics, environmental studies, and law.

Jane Goodall (DBE) is a British primatologist, ethologist, anthropologist, and UN Messenger of Peace. Considered to be the world’s foremost expert on chimpanzees, Goodall is best known for her over 55-year study of social and family interactions of wild chimpanzees since she first went to Gombe Stream National Park, Tanzania in 1960. She is the founder of the Jane Goodall Instituteand the Roots & Shoots program, and she has worked extensively on conservation and animal welfare issues. 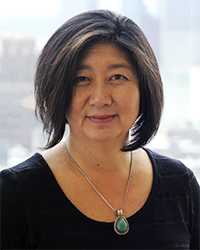 Dr. Yoon Jung Park  is one of the leading researchers in the subfield of China/Africa studies. Her work primarily focuses on Chinese migrants in Africa, African perceptions of and responses to the new Chinese migrants, and preliminary impacts of these migrant communities, particularly in South Africa.

Dr. Park is currently a freelance researcher with affiliations at the Sociology Department at Rhodes University (Grahamstown, South Africa) and African Studies at Georgetown University (Washington, DC). She has also taught at the University of Johannesburg, the University of the Witwatersrand, American University and Howard University. Born in Seoul, Park grew up in Los Angeles, and lived in Africa (Johannesburg & Nairobi) from 1995-2010. She has also lived briefly in Cuernavaca, Mexico; San Jose, Costa Rica; and Boston. In addition to English, she speaks fluent Spanish, kitchen Korean, and smatterings of KiSwahili and IsiZulu. 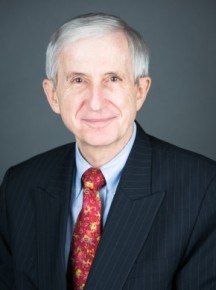 Professor Jenik Radon, Esq. is an Adjunct Professor at the School of Public and International Affairs, Columbia University, where he teaches in the area of sustainable natural resource development with a focus on risk and strategic management, sovereignty and human rights, especially environment, minority rights (including social license) and anti-corruption.

He is the founder and director of the Eesti and Eurasian Public Service Fellowship, which has provided students from Columbia, Stanford Law School and other institutions the opportunity to intern with government officials and civil society in emerging nations across the global, including Bhutan, Cambodia, Estonia, Georgia, Kenya, Mozambique, Nepal, Philippines, Tanzania and Uganda. Radon obtained his B.A. from Columbia University, M.C.P. from the University of California, Berkeley, and J.D. from Stanford Law School. For more information, please click here.

Dr. Ross Anthony is the Director of the Center for Chinese Studies at Stellenbosch University in South Africa. Ross’s research focuses on Chinese politics both domestically and in its relationship with Africa.

Within the African domain, Ross examines the relationship between Chinese economic investments in Africa and geo-political security concerns. The work examines transnational infrastructure and resource linkages in eastern and southern Africa and, by extension, the adjacent maritime territories of the Indian Ocean and Antarctic region. He is also interested in the role the economy plays in determining political relations between China and Africa, recently fleshed out in a project focusing on the diplomacy of economic pragmatism in the triangular relationship between South Africa China and Taiwan. Within China, Ross continues to hold an interest in the area of his Ph.D. research, the Muslim region of Xinjiang, western China, in fields of ethnicity, nationalism urbanization and China’s market shift. Ross is an advocate of building African-centered China expertise through teaching. He teaches on China-Africa related issues as well as on issues of Chinese politics, economy, culture and history. He holds a doctorate from the University of Cambridge funded by the Bill and Melinda Gates foundation and was previously a Mellon Foundation Research Fellow at the Center for Chinese Studies.