I was, admittedly, hesitant when Edwina raised the idea of organizing a “Color Run”. What did chucking colorful dyes at joggers have to do with spreading awareness among Chinese in Kenya about ivory and rhino horn trafficking? Also, running is hard enough. Who would want florescent flour flung at them as they huffed and puffed?

Yet, half a year of planning later, immersed in a multicolored haze, my hesitance faded. Perhaps it was watching the throng of runners, indistinguishable Kenyans and Chinese caked in bright blue, yellow, orange, as they morphed into one swaying mass of bodies, moving to Dancehall and Afro-pop beats under drifting clouds of colorful dust. 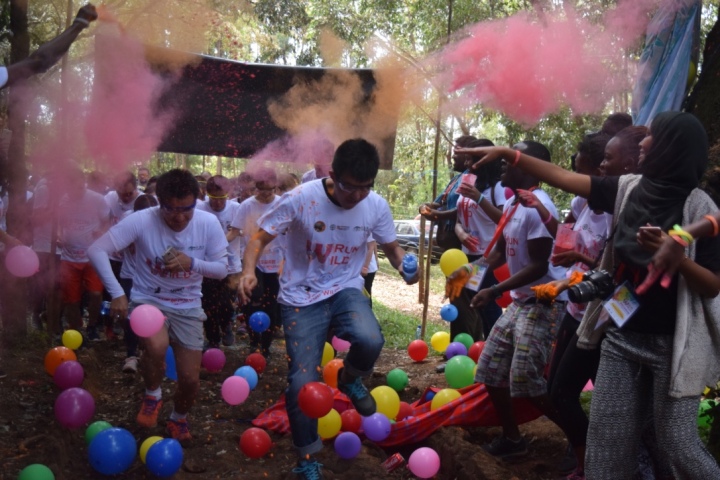 “I can’t tell. Is that a Chinese person or a Kenyan?” my colleague Lucy whispered. She indicated at an approaching Pollock-esque figure, ambling slowly from the Ngong Lane Forest, a patch of woods on the outskirts of Kenya’s sprawling capital city, Nairobi, where the 5K “Wild Run” had occurred. The forest, it seemed, possessed occult capacities. With my own eyes, I watched hundreds of pristine runners – Chinese and Kenyans of ostensibly every race, ethnicity, age and background – emerge transformed: uniformly color-coated, speckled and sweaty—impossible to differentiate or identify.

And there was another manifestation of metamorphosis: Chinese bosses, managers, assistants and technicians, some of whom, stern and composed, have shown me around their construction sites or offices; or explained to me, uncomplainingly, that they might break from their professional responsibilities only one day in a month; these professionals – businessmen and women – exited the woods joyful beings, playfully tossing and smearing handful after handful powder on stranger and friend alike. “I didn’t know there were so many other young Chinese people in Kenya,” I overheard a color-streaked friend of mine, the employee of a state-owned enterprise, exclaim before dragged her boyfriend into the mass of dancing people. Nowhere did I see the villainous (or amoral) “Chinese in Africa” causing problems in so many media and scholar reports.

Indeed, there was an infectious celebratory feeling in the dye-filled air. The “2016 Wild Run” gathered more than 250 of Kenya’s Chinese residents and visitors together with hundreds of locals. Despite the carnival-like energy and upbeat music, we had gathered everyone with solemn purpose: to spread awareness about the destruction those engaged in the ivory and rhino horn trade wreaked on the African continent’s wildlife populations. The concerted efforts and support of several local and transnational organizations – HSI, China House, SUSO, ANAW, the Kenyan Forest Service – made this phantasmagoria possible, bringing together the largest collection of Chinese nationals in Kenya that, at the very least, we had ever seen (particularly engaged in conservation!).

There was a moment, gazing at the plumes of powder wafting through the forest clearing, when I was reminded of the smoke-filled sky in April, when the Kenyan officials burned over 100 tones of ivory—a symbol to the world that “ivory and rhino horn is worth more on elephants and rhinos”. If the pyres of ivory burnt that day evoked a funeral, this day, several months later, was more of a ‘celebration of (wild)life’. A large group of Chinese nationals – often typecast as “bad guy” in the global ivory trade saga – looked on as Kitili Mbathi, the Executive Director of the Kenyan Wildlife Service, repeated this message in a booming, steady voice: “I am fortunate that my children have seen elephants in the wild. Our challenge is to make sure your children and grandchildren have this opportunity.”

To raucous applause from the churning audience, Kitili kicked off the event: “Run wild!” Several hours later, as the (colorful) dust settled, I could not help but be caught up in the optimism of the event. If only the potential energy of these hundreds, and thousands more, can be captured and directed; who knows what would be possible? 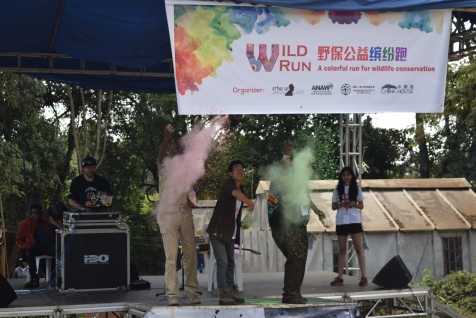 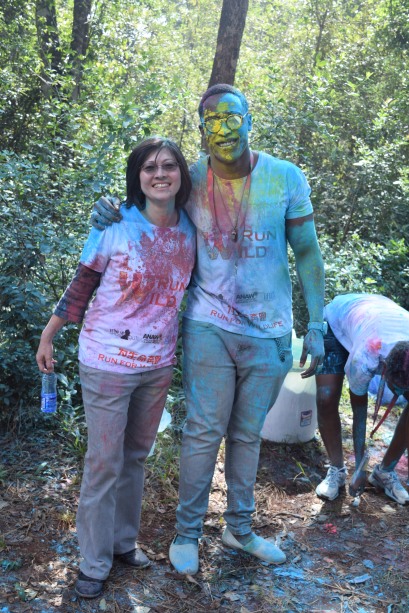